Wally Doggett, owner of South Austin Community Acupuncture and 2004 AOMA alumni moved to Austin in the 80’s from Richmond, Texas to live the musicians’ dream.  The seeds for Chinese medicine were planted in his teenage years by an older musician friend but did not bloom till many years later.  The two would discuss all types of ideas including Asian philosophies and religion.  He began his journey in Austin working at a biotech company running their shipping department during the day and playing drums at honky-tonk bars at night.  He was also participating in qigong at the Keishan Institute.  A profound shift and deep healing happened when the institute brought Praveeta Rose (also an AOMA alumna) and Ward Tummins to talk about various theories in medicine.  As Wally states this lecture spurred him to, “take off after Chinese medicine as if my life depended on it.”

South Austin Community Clinic has been open since 2006 and was developed while Wally was researching “acupuncture marketing” on the internet.  Wally says, “When I stumbled upon Working Class Acupuncture about four pages into a Google search …the pieces fell into place.”  He immediately booked a trip to Portland to meet Lisa Rohleder, the founder of Working Class Acupuncture, and check out her movement for community acupuncture.  Already feeling connected to his neighborhood in South Austin it was apparent to him that Austin could support a much broader market for acupuncture than charging $60+ per treatment.  Wally wanted to reach as many people as possible with this medicine and it was clear that this was the model to support his vision.  Now he says, “The diversity of people that come though the clinic is one of the most satisfying parts about my work.”

While in school Wally worked at Allen Cline and James Phillip’s clinic Turtle Dragon.  It was here that he was able to work with raw herbs and fill herbal prescriptions.  He learned a lot from this experience including the confidence to make herbal formulations a large part of his current practice.  Wally says, “I value my training at AOMA and my experiences at Turtle Dragon too much not to use Chinese herbal medicine as an integral part of my practice.”

When reflecting on his time at AOMA he remembered the rich experiences he had with professors in conversations between the breaks.  He said, “You just never know when or where someone is going to drop an extraordinary pearl of wisdom that will just connect the dots for you in a profound way.”  Wally has found that it has worked for him to follow his bliss and create his business based on what was most appealing to him.  His advice for current students is to “Follow your heart.  Find a way of working that resonates with you, and pour yourself into it.”  This philosophy has worked for him for more than five years.  He has also expanded to support two other AOMA graduates, Mike Sobin and Erica Chu.

When Wally is not busy with the clinic he is working as the president of Texas Association of Acupuncture and Oriental Medicine (TAAOM) as of May 2012.  Being in this position, he has been able to make a stronger alliance between the different styles of acupuncture such as community style acupuncture and other more mainstream models.  Wally says, “It is an honor to serve as a board member, and just as I enjoy the diversity of my patient population as a practitioner, one of the more satisfying pieces to me about being president of the TAAOM is the diversity of practitioners, and getting to know them all.” 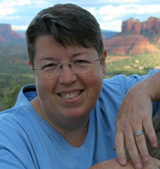 Cat Calhoun is the first in her family to go to college and the only one thus far to receive a master’s degree. Before she came to AOMA she was a Senior Network Administrator for the city of Austin. Cat was involved in several car wrecks that damaged her neck. She found an acupuncturist who not only fixed her neck, but also cured her recurrent tension headaches. When her job shifted to more desk work and less face-to-face interactions with clients she decided to do some soul-searching and change careers. She researched and visited many acupuncture schools and found that AOMA was one of the best schools in the country. She says “we have some truly world class professors, both in knowledge and spirit. They are the power and the gems of the school.”

While in school Cat became known for her giving, communal spirit that is always ready to offer encouragement to her fellow students. She became famous at AOMA for her donation based website called CatsTCMnotes.com. The website started when a fellow classmate missed a couple of classes and asked Cat to take notes for her. Her notes were so detailed that other classmates wanted copies. She decided to put them on the web to share them with anyone who wanted another perspective on the information presented in class at AOMA. This website is now being viewed by people from all around the world. Cat says, “I’ve gotten appreciation e-mails from TCM practitioners and students in the U.S., Canada, England, Germany, Thailand, and most recently from Israel.” She has done a fantastic job organizing complex ideas and putting them into accessible charts for current students to study.

Cat graduated from AOMA in Summer 2011 and is already well on the way to becoming a successful business owner and practitioner. Although she has done most of the “normal” things graduates do once they leave school to become business owners, her philosophy is starkly different than most. Cat’s approach to building her patient base starts with building community. She is drawn to “communal style acupuncture” and has always been open and willing to help anyone who crosses her path. Her first piece of advice to new graduates is to remember “there are going to be rough spots you will hit and you will live through them. Get serious about a meditative practice like yoga, tai chi, qigong, transcendental meditation, mindfulness meditation. You’re going to need it!”

Cat has continued this philosophy of building community by moving her practice into her own zip code. She thinks “our culture suffers from lack of ‘neighborhood’ and connection. I want to work in my own community, helping people to find healing and connection.” In the next five to ten years Cat desires to start a residency program for students that are newly graduated. “I want to build a clinic with a ‘neighborhood’ of acupuncture specialists in different fields who are willing to take on a new graduate protégé, teach them our business model and help them get on their acupuncture feet before we send them out into the world.” She currently gives students discounted acupuncture rates to both keep them in her life and share what she has learned with them on her path. She is also currently offering Reiki and herbs to treat a variety of health concerns, but focuses on insomnia, anxiety, depression, stress, gynecological, hormonal imbalances, and pain relief. She says, “I want to make acupuncture as accessible to as many people as possible while still giving a quality treatment in a safe private space.” Visit Cat's website.