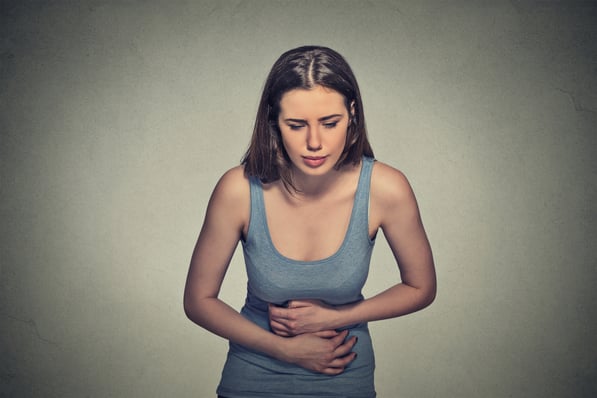 Irritable bowel syndrome (IBS) is a disorder characterized by abdominal pain or discomfort, and altered bowel habits; for example, chronic or recurrent diarrhea, constipation, or both – either mixed or in alternation. It has become a major health concern.

The exact cause of IBS is not known, and Western doctors consider IBS to be a functional gastrointestinal (GI) disorder. Functional GI disorders happen when your GI tract behaves in an abnormal way without evidence of damage due to a disease.

According to Traditional Chinese Medicine (TCM), IBS is a condition caused by Spleen and Liver disharmony, which manifests as Liver Qi stagnation and Spleen Qi deficiency.

TCM relates the symptoms associated with IBS to stress. Stress affects the Liver Qi (energy), which handles the smooth flow of Qi throughout the whole body; excess stress then results in Liver Qi stagnation. The Spleen is in charge of digestion according to TCM, and stress weakens Spleen Qi, leading to disturbances of the GI system. The major IBS symptoms such as abdominal bloating or pain, mixed or alternated constipation or loose stool, mucus in the stool, or incomplete evacuation, are all results of Liver overacting on the Spleen and Stomach.

A study done in 2009 in the USA on managing IBS symptoms with acupuncture showed that after 4 weeks of twice-weekly acupuncture treatment, average daily abdominal pain/discomfort improved, whereas the control group showed minimal reduction. The intestinal gas, bloating, and stool consistency also showed improvement. These findings show that acupuncture treatment shows promise in the area of symptom management for IBS. (2)

In addition, a large amount of clinical research in China has showed that TCM therapies, which include acupuncture, acupuncture with electric stimulation, moxibustion, auricular acupuncture, traditional Chinese herbal medicine and external application, have positive results for patients with IBS.

Clinical studies have also shown Chinese herbs to improve the effectiveness of IBS treatments. For example, Fuling (Poria) and Shanyao (Rhizoma Dioscoreae) can relieve diarrhea. Baizhu (Rhizoma Atractylodis Macrocephalae) is well known for its regulating and dual effect on the gastrointestinal tract: it treats diarrhea at low doses and constipation at high doses. With this dual effect, it is the ideal herb for relieving the major IBS symptom of alternating diarrhea and constipation.

Since stress is a major factor that can worsen or trigger IBS symptoms, another important point for IBS patients to keep an eye on is the diet. Patients should avoid gas-producing foods such as:

Other foods containing lactose may also induce symptom flare-ups in some people. It is important to remove spicy and acidic foods from the menu that stimulate the lining of the intestine. It is also necessary to stop smoking and reduce the intake of coffee, since both may irritate the bowel.