David Ring, MD-PhD: why are there so many medicines? 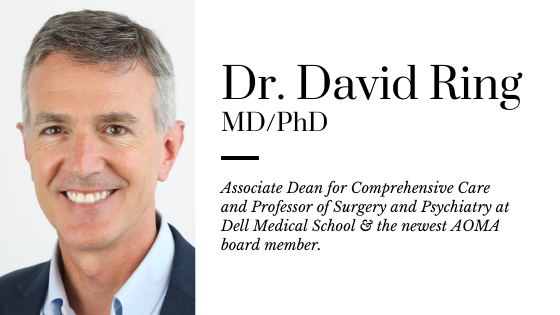 I’ve always been confused about why there are so many “medicines”. Why an alternative or complementary medicine? Let’s think about that.

Medicine is defined as the science and practice of the diagnosis, treatment and prevention of disease.

But as all of you know, relatively little of what people seek out our help for—the reasons why people come to our office—relatively few of those reasons resemble problems that are as easy to solve as PCN for strep throat.

It is estimated that more than half of all symptoms brought to the attention of a PCP are never associated with a discrete pathophysiology. They remain “idiopathic”. Cause unknown. Nonspecific.

It’s important to remain curious and open-minded here. When I was a teenager, peptic ulcers were due to stress. It was a psychosomatic illness. A hole burned in your stomach or intestines can kill you. It can erode an artery and you can bleed to death. And the accepted cause of this potentially dangerous illness was stress. Back in that time we started talking about the Type A personality.

Then some crazy Aussies isolated a bacteria, H. Pylori, and one of them swallowed it and got an ulcer. Their experiments proved that ulcers are not due to stress. Ulcers are an infection. They found the discrete pathophysiology. Now ulcers are treated with antibiotics. I don’t think anyone would have guessed that we would so drastically change how we understand and how we treat peptic ulcer disease.

If more than half of all symptoms that bring people to a clinician are nonspecific, then we’d better be ready for a lot of other surprises. We need to be curious and open. Flexible in our thinking.

There are quite a few named illnesses that have no identified pathophysiology. Illnesses for which we do not have an “H. Pylori”. Or a vitamin deficiency. Or a structural abnormality. Let’s think about one that most of you are probably aware of.

Many people have pains in several areas of their body. Pains that limit their ability to be themselves. To think about doing something and then do it. Think of a person you know who has this sort of an illness. Maybe some of you are living with this illness yourselves. It is estimated that between 3 and 6% of the world’s population lives with this illness. That would be as much as a third of a billion people.

Psychiatrists have recognized this illness for some time. They use to refer to it as somatization disorder and now as somatic symptom disorder. Soma means body. This diagnosis means that stress is being expressed physically as well as emotionally. The technical description of this disorder is “physical symptoms that suggest illness or injury, but which cannot be explained fully by a general medical condition”.

But the illness that I described to you. The one I gave numbers for. Third of a billion worldwide. That illness is not diagnosed and treated as somatic symptom disorder. It is diagnosed and treated as fibromyalgia. That technical term suggests that we know the pathophysiology and that it has something to do with fibrous tissues in the muscle. In the UK it is was traditionally called myalgic encephalomyelitis which brings the brain and inflammation into the mix. But the fact is we have yet to find the H Pylori for this illness.

We don’t know which theory is correct: is this more about stress, or is it more about needing to do that Nobel prize winning research to find the problem so that we can fix it with something as simple as a brief course of antibiotics. I suspect there’s a little of both. Actually, there is always a little of both. Humans respond to illness with emotions.

We can see our souls, our minds, as separate from our bodies. And there is a stigma associated with mental health. As if symptoms of depression only occur in flawed minds. As if stress means you’re not one of the strong ones. The shame associated with mental health is part of what leads to somatization. It’s more socially acceptable to say “I hurt” than it is to say “I’m down”. Or “I’m overwhelmed”. Or “I’m not sure I matter.”

I’m 50 now and several parts of my body hurt every day or don’t work as well as they used to. These are normal changes in the human body, and my health depends on adapting to them. If I see one or more of these as a problem needing to be fixed, that may or may not take me down a useful path. Resiliency can be a powerful way to manage the body’s changes. Resiliency is good for your health.

Now, this is a graduate school of integrative medicine. We’ve been talking about a division between the mental and physical aspects of health, which is not a part of the world’s wisdom traditions. In traditional Chinese medicine the mind is a part of the body.

Some have envisioned that in modern society the words mind, brain, and spirit will be eventually become synonyms. They will all mean the same thing. The wisdom traditions already have this in place.

And integrative medicine finds it natural to talk about healthy eating. Healthy activity. We know that a substantial and growing proportion of illness and death is related to unhealthy behaviors. So we can talk about food as medicine. And activity as medicine. And many of the world’s wisdom traditions also emphasize a healthy mindset. That just like healthy eating and healthy activity, healthy mindset requires attention, effort, training, and practice. You have to work at it. You have to tend to your mind. To your mental health. We all benefit from this.

So why is there an “integrative medicine”? Shouldn’t everything that helps people get and stay healthy be considered medicine? No divisions. Just options.

I see us working together: collective efforts to show people how much they can do for themselves, how much they depend on themselves, to help get and stay healthy. The efforts to pay as much attention to the psychological and social determinants of health as the physical and pathophysiological. I see these efforts as a sort of last mile problem. We know the right things to do, but we don’t always do them. It’s a matter of implementation science. Of figuring out how to make the healthy choice the easy choice.

They day when everyone has these skills may still be a long way off. And there will always be some form of penicillin for strep throat. But as you move forward in your studies of Traditional Chinese Medicine, I hope you’ll see in it your dedication to improving the world’s health.

David Ring, MD PhD is Associate Dean for Comprehensive Care and Professor of Surgery and Psychiatry at Dell Medical School and newest member of AOMA's Board of Governors. Trained as a hand and orthopedic surgeon, Dr. Ring’s extensive research, patient care, and quality and patient safety leadership contributed to an understanding of and a passion for the ways that mindset and circumstances affect human illness. Getting people interested in innovative ways to get and stay healthy depends on effective communication strategies that establish trust and make healthy habits appealing. Dr. Ring’s current work focuses on ways to use existing knowledge, diverse expertise, and innovative applications of technology to help people choose healthy options consistent with their values.

Spring comes and goes fast in Austin. With summer just around the corner, what can we do now to strengthen our body and mind?

Here are AOMA’s traditional Chinese medicine (TCM) tips for staying healthy, happy, and in harmony with the season of spring. 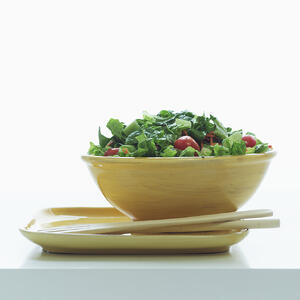 4. Move your qi to put some spring in your 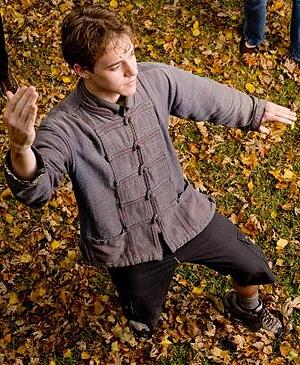 Stay tuned for our tips to beat the heat of the upcoming summer months. 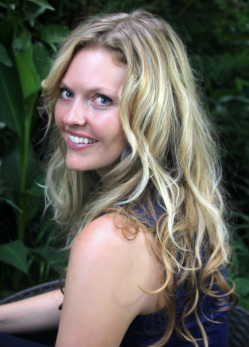 Lauren has lived in Austin since 2006 by way of Lake Tahoe, California. While pursuing her MAcOM at AOMA she continues to work with The American Cancer Society as a cancer information specialist. She counts ATX as her home with her husband and two Boston terriers. http://www.earthspringacupuncture.com/

5 Tips to Get Your Insurance Company to Pay for Acupuncture

1. Write to your insurance company and your employer 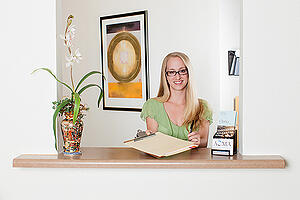 If you have an insurance plan that doesn’t cover acupuncture one of the best things you can do is to write a letter to your insurance company, and to your Human Resources representative if you receive insurance benefits through your employer. Your insurance company can make changes at the next renewal of your policy or risk losing your business, and often your employer is involved in choosing which benefits will be included in a corporate-sponsored insurance policy.

Over the past several months AOMA has been spearheading a letter-writing campaign to national insurance companies and local employers, petitioning them to open their networks more fully to acupuncture coverage. To participate in AOMA’s letter-writing campaign please contact sowenby@aoma.edu and we can provide you with a form letter to send, or call 512-492-3076. You can also speak to a clinic receptionist at your next appointment and they will provide you with a form letter and a stamped envelope. If you would like to give your feedback to your insurance company over the phone or electronically, detailed contact information can usually be found on the back of your insurance card.

NOTE: Some insurance companies like Cigna and Aetna have closed networks, meaning they place restrictions on allowing new providers to join based usually on geographical location. If you are insured with one of these companies you can write a letter petitioning them to open their networks up to AOMA’s providers and allowing you to use your insurance benefits at the AOMA Professional Clinics.

Thank you in advance for helping AOMA to transform new lives and communities!

If you receive insurance benefits through your employer this is especially important because you need to let your company know that there is a high demand for acupuncture coverage among its employees! With large numbers of employees touting the benefits of acupuncture and asking for it to be a covered service, an employer is more likely to research acupuncture and consider adding it to the company insurance plan.

3. Get involved with acupuncture activism.

Getting involved with acupuncture activism can range from things as simple as signing your name to a petition to joining acupuncturists and acupuncture supporters for demonstration rallies. The Texas Association of Acupuncture and Oriental Medicine (TAAOM) website has information about upcoming events and governmental affairs relating to the practice of acupuncture, or you can contact them for more information on how you can help.


4. Talk to your acupuncturist.

If your insurance company places restrictions on the acupuncture coverage on your policy (ex. Acupuncture for treatment of pain only, a small number of covered visits per year, etc.) please talk to your acupuncturist. They may be able to help you navigate the confusing world of insurance and acupuncture, and can possibly help you get coverage for additional treatments. If you are a patient of the AOMA Clinics please feel free to contact sowenby@aoma.edu for any help communicating with your insurance company or understanding your benefits.

If you purchase your own insurance it may be relatively simple for you to change your individual policy, add coverage for acupuncture by purchasing alternative medicine “riders,” or even switch your insurance company. If you receive insurance through your employer, talk to your Human Resources representative to find out if there are different plan types for you to choose from. However, most insurance policies are purchased annually and can only be changed during annual renewal or open enrollment periods.