Endocrine disorders are very common issues for women, often closely related to stress, diet, work, and rest. It is believed that hyperinsulinemia is related to increased androgen levels and obesity, and type 2 diabetes. In turn, obesity can increase insulin levels, which exacerbates polycystic ovarian syndrome (PCOS). Several other causes can manipulate the endocrine system to create problems with female reproduction, including obesity, thyroid disorders, adrenal hyperplasia, and tumors in the pituitary gland. It can also cause acne, irregular menstruation, insomnia, emotional instability, infertility, etc.

According to traditional Chinese medicine (TCM), endocrine disorders are primarily manifestations of Yin deficiency (caused by stagnation of Qi and blood, which blocks the body's channels); this issue is very common in women. Therefore, for its treatment, we must start with regulating human hormones to make the body's blood flow unblocked, thereby promoting blood circulation throughout the body. According to the principles of syndrome pattern differentiation and treatment in traditional Chinese medicine, for patients with the heat excess pattern, we should use treatment for nourishing Yin; for patients with the deficiency pattern, we should pay attention to the treatment of tonifying blood and Qi and supporting the kidney.

The traditional Chinese herbal medicines that regulate the endocrine system include Bai Shao, He Huan Pi, Chai Hu, Yu Jin, Suan Zao Ren, and Dan Shen. We will introduce them in detail below:

Bai Shao is a good herb for women. Not only can it nourish yin and blood, but it can also help regulate menstruation and relieve pain. It also has a specific protective effect on the liver. It can help chest tightness, abdominal pain, night sweats, and hot flashes caused by endocrine disorders. It also can improve women's irregular menstruation, dysmenorrhea, and metrorrhagia. However, it is not suitable for patients with gallstones.

He Huan Pi can not only soothe the liver Qi but also detoxify and invigorate blood. According to TCM, it has a positive effect on activating blood, dredging the collaterals, improving depression, and reducing swelling and toxin. It is also suitable for treating restlessness, insomnia, depression, internal and external injuries. Therefore, it is effective for liver Qi stagnation-induced endocrine disorders. When using it, one can take 10-15 grams of decoction orally or use the appropriate quantity of powder for topical use. 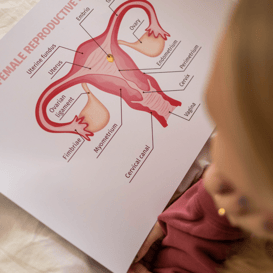 Yu Jin is a commonly used herb in Chinese herbal medicine, especially for diseases caused by Qi stagnation. For endocrine disorders, it can soothe the liver Qi, promote blood circulation, dispel blood stasis, and dredge the collaterals, according to TCM. Therefore, problems like irregular menstruation and dysmenorrhea can be treated with this herb. In the case of liver Qi stagnation, it can be combined with Chai Hu and Xiang Fu. In the case of liver heat, it can be combined with herbs such as Zhi Zi (Gardenia jasminoides Fructus) and Chuan Xiong.

The recommended primary function of Suan Zao Ren is sedation. Many Chinese patent herbal medicines for insomnia and restlessness contain the ingredients of Suan Zao Ren. It goes through the channels of the liver, gallbladder, and heart, and it has a soothing effect on symptoms such as upset, insomnia, heart palpitations, night sweats, and so on. The taste of this herb is somewhat sour, so it can also restrain the Yang in the liver and clear the liver fire. It is generally used with herbs such as Bai Shao and Mai Dong. 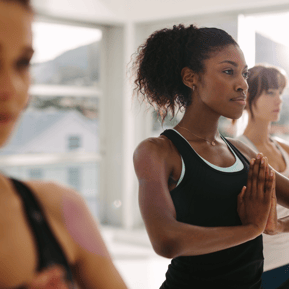 Summary: Many Chinese herbal medicines can regulate the endocrine system, not limited to the above. However, herbal medicines also have some limitations. It cannot cover all issues. Therefore, we should always pay attention to lifestyle adjustment and proper exercise, which can also help maintain an optimistic mood conducive to endocrine healthy.