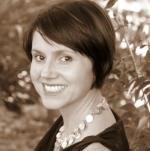 Kirsten Hurder-Karchmer was teaching linguistics at the University of Texas when she began having some serious auto-immune health issues.  After seeing several medical doctors and having surgery she turned to AOMA faculty member Jamie Wu for acupuncture and Traditional Chinese Medicine treatments.  Amazed by the results, Kirsten started looking into acupuncture as a career choice.  She recalls, “I was already a teacher and thought that to be a good doctor, it required a great deal of patient education, so it seemed like a good match for me.”

Kirsten states, “I was instantly interested in gynecology because I saw that when you regulate a woman’s menstrual cycle, so many other problems are also resolved.” Upon graduation from AOMA in 2000, she was invited to help open the first women’s clinic in the AOMA professional clinic with faculty member Dongxin Ma.  In 2001 Kirsten opened her current business in Austin, the Texas Center for Reproductive Acupuncture (TCRA), where she and her team specialize in infertility, ovulation disorders, and recurrent pregnancy loss.  Success led to additional locations in San Antonio and Plano. Kirsten said, “Last year alone the clinic in Austin saw 220 patients, had 159 pregnancies and only 4 miscarriages. That is less than a 4% miscarriage rate in a risk population that should be more around 40%.”

The Austin and San Antonio clinics are fully integrated with western medical doctors, operation and recovery rooms, and technology such as ultrasound machines.  In the Austin center Kirsten and her team collaborate with reproductive embryologists and urologists to help couples create families, and with Reproductive Medicine Associates of Texas to conduct research.  Kirsten says, “We are currently conducting three large scale studies on the effects of acupuncture on in vitro fertilization (IVF), acupuncture anesthesia for oocyte retrieval or egg collection and recurrent pregnancy loss.” This research will be collected and published in the scholarly journal Fertility and Sterility in the next year or two.

Kirsten furthers her mission to change the face of health care through membership in the American Board of Oriental Reproductive Medicine, doing research and developing training at one of the most successful reproductive acupuncture clinics in North America.  She is becoming a leader and pioneer in her field of recurrent pregnancy loss. Her tip for success is, “The more I learn Western medicine the better I understand Chinese medicine.  We can pioneer a new kind of medicine, but acupuncturists have to learn as much or more, if they want to integrate, than most doctors.”

After thoroughly studying OB/GYN and reproductive embryologist medical texts, Kirsten has been able to strengthen her ability to communicate with medical doctors and overlap Eastern and Western medicine.  This deeper understanding has allowed her to build some amazing relationships with the physicians in her field.  She responds, “Now they come to us when they get stuck for a bit of voodoo opinion.” Dialogue with medical doctors has helped Kirsten to speak in layman’s terms about Chinese medicine to make it more accessible to people of all backgrounds.

In conjunction with Dr. Francisco Arredondo, Kirsten and her team plan to open the nation’s first fully integrated center for underserved women experiencing recurrent pregnancy loss. The Hope Center will open in Austin and San Antonio in 2012.