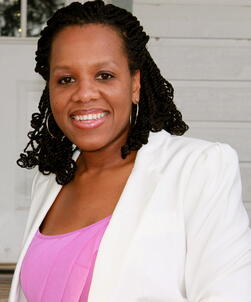 AOMA student Blake Gordon is known on campus for her infectious smile and her extensive knowledge of naturopathic medicine.

Although Blake’s home is in East Texas, where she attended school from high school through graduate school, she wasn’t introduced to Traditional Chinese Medicine (TCM) until she moved to Arizona to attend Southwest College of Naturopathic Medicine (SCNM). It was there that she first experienced the amazing effects of TCM personally and saw firsthand how it improved the lives of patients she treated.

As Blake neared graduation from SCNM, she knew that she wanted to come back to Texas and offer Texans another approach to health and healing. However, she wanted more training in TCM, so she asked her TCM professor which schools in Arizona and Texas he thought were the best. Fortunately, he was a graduate of Chengdu University in China, and noted that many of the professors from AOMA were as well. According to him, Blake would get the best TCM education from AOMA, because he knew that the AOMA professors there had received the best training in China.  Per his suggestion, she later visited AOMA and upon touring the campus: “I knew that it was the best place for me to truly learn TCM,” Blake said. “Thankfully, his recommendation stands true!”

She certainly has a lot of experience to offer her patients and her community. Not only is she a working as a Naturopathic Doctor (ND), but with an extensive background in teaching and bachelor and master’s degrees in Biology, she also conducts multiple nutrition and health talks for the local Salvation Army Rehabilitation Center. She definitely keeps busy, also working part-time at Peoples Pharmacy in Westlake.

Blake admits her hard work is not always easy. This is now her 12th year of post-high school training as she pursues her goal of being both an ND and Licensed Acupuncturist (LAc). “It can get a little cumbersome at times,” Blake said. Blake’s intended graduation date of December 2014 is only a little over a year away, however.

Although it can be a challenge to remain steadfast in her studies, she credits her perseverance to her faith in Jesus Christ and having a group of supportive family and friends to keep her going. In her free time, she usually chooses to relax by catching up on sleep or watching a variety of shows on Hulu Plus.

One of the reasons Blake was drawn to Chinese medicine was its unique blend of simplicity with brilliance and wisdom. “I love the fact that Chinese medicine was developed centuries ago; however, it is still applicable to any person today.  TCM incorporates all parts of the person, i.e. physical and emotional aspects, as well as addressing the person’s lifestyle.”

As a naturopathic doctor, she is a big fan of how food, the environment, one’s emotional state and thoughts, lifestyle choices and numerous other factors are all major contributors to a person’s state of health within the TCM diagnostic process.

Blake’s advice to other AOMA students? “Know that God has a great plan for your life and that it’s up to you whether you chose to participate in His plan for you or to go your own way.”