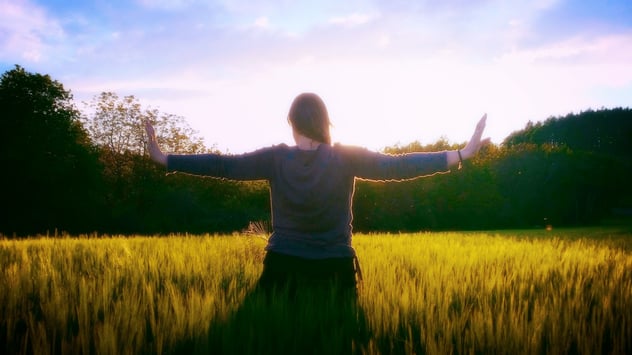 Over the last 30 years, yoga has become increasingly popular in the United States. People do yoga exercises not only for the physical benefits but also the mental and emotional benefits as well. Yoga connects the mind and body through focus and balance. It's generally safe and most people can do it regardless of their fitness level. Yoga has been further popularized by the celebrities who practice it. Woody Harrelson, Jessica Biel, Ashley Tisdale and Madonna are among the list of celebrities that have been known to practice yoga.

There are about as many styles of yoga as there are flavors of ice cream. There’s hot yoga, Kundalini yoga, and even prenatal yoga, to name a few. There is even a style of yoga native to China. This Chinese yoga is qigong.

Qigong means “Life Energy Cultivation”. The people of China practiced qigong for over 4,000 years and it is an integral part of Chinese medicine as well as Chinese martial arts. According to tradition, daily practice of qigong prolongs life and improves vitality. Many illnesses can be treated, or avoided altogether with regular practice of qigong and the exercises are simple enough that most people can learn them regardless of their fitness level.

Qigong practice has three main components. These are sometimes referred to as the three regulations. The first is the regulation of breathing. By focusing on breathing, the practitioner of qigong begins to turn their gaze inward, letting go of external distractions. Deep slow breathing can slow the heart rate, producing a calming effect.

The second regulation is regulation of the mind. Regulating the breath helps to regulate the mind because it is a point of focus for the practitioner of qigong. This aspect of qigong is about focusing mental energy and blocking out distractions. The attention of the mind shifts to an area in the abdomen, near the umbilicus. This area is known as the lower dantian.

The third regulation is the regulation of the body. This involves becoming more aware of the body. Wherever the muscles are tense - focus on relaxing them. Most people are not aware of the physical manifestations of stress that they carry around with them on a daily basis. Tense muscles can hinder the flow of qi and blood. Positioning yourself in a good posture and relaxing the body can improve your body's energy flow.

Some forms of qigong are more dynamic than others. Some use complex movements and postures, while others elicit perfect stillness. There are many varieties of Chinese yoga, or qigong. Yet, just as the differences in styles of yoga that originate in India, the benefits are all the same.

*Qigong is taught as part of the curriculum of our Master's program at AOMA:

Chew on This: The Role of the Spleen

Jane hasn’t had much of an appetite lately.  Even when she eats a small meal, she feels full and bloated.  She doesn’t have much time to eat anyway, because she is always on the go.  Jane is on the verge of making partner at her law firm.  Her days are highly stressful and she has a difficult time relaxing, even after work.  Her mind seems like it's always going and she is usually ruminating over the same things.  She often has trouble with foggy thinking.  Jane thinks she is getting a cold because she feels congestion in her head and chest.  She starts taking cough syrup and vitamin C supplements, but it's not working as well as she would like.

She decides to see a practitioner of Traditional Chinese Medicine to get a second opinion of her symptoms. Traditional Chinese Medicine has an approach that may be helpful to Jane and others who suffer from similar conditions.  She thought for sure the problem was in her lungs.  But after performing a thorough evaluation, the physician informed Jane that the problem was actually with her spleen.  A weak spleen can contribute to a loss of mental focus and digestive problems that can affect other systems throughout the body.

Digestion begins with the Spleen. On a physical level, the spleen handles the “Transformation and Transportation” of food.  The stomach “governs the intake” of food, but the spleen extracts nutrients from the food and sends that nutrition to other areas of the body.  There is an old saying in traditional Chinese medicine that states, “The Spleen is the source of generation and transformation”.  This is not only a description of the spleen's bodily activity, but it also relates to the spleen’s ability to aid in the generation of new ideas. On a psychological level, the spleen allows us to process thoughts and analyze information.  The physical and psychological aspects of the spleen are linked.  If someone is having problems with their digestion, it's common for that person to also suffer from muddled thoughts or foggy thinking.

This concept is not exclusive to Traditional Chinese Medicine.  In the United States, it is not uncommon to hear people say a concept is “Hard to Digest” or they need time to “Chew on it” when they need more time to think about an issue.  Americans already have a frame of reference for understanding the connection between digestion and mental clarity.

The physician's diagnosis seems reasonable. Given the TCM perspective on the role of the spleen, Jane’s spleen is weak. It's not able to process the food she is eating.  She feels full but things are not moving well.  Her weakened spleen also makes it difficult to process thoughts and to transform them into action.  What about her congestion?  That is also another important indicator.  Another TCM saying is “The Spleen is averse to dampness.” Congestion in the head and chest could be another indicator that the Spleen is weak.

Jane received acupuncture and felt better by the time she left.  The doctor also prescribed some Chinese herbs.  He recommended that Jane stop taking the cough medicine for a few days and also advised her not to stress as much.  He gave her some dietary recommendations, as well as some Qigong breathing techniques that could help her to relax.  After a few days, her condition improved.Jane is a fictional character used to illustrate a point, but the importance of Spleen health is real.  If you or anyone you know is suffering from similar conditions, they should seek the advice of a licensed professional.  Until then, to help strengthen your spleen, Chicken, Oats and Sweet Potatoes are just three “foods for thought”!