A Necessary Change for the Better

In recent weeks you may have noticed some small yet important changes the world of Acupuncture, Acupuncture school, and AOMA. Although still the same degree our Master’s, which for years was known as a MAcOM is now called the MAc, and our Professional Doctorate has gone from DAcOM to DAc. In both cases the letters OM originally stood for Oriental Medicine, representing the herbal components of the respective degrees. In fact the name AOMA was at first an acronym, the letters standing for Academy of Oriental Medicineat Austin. The wording behind each of the letters has since been dropped, and today the name AOMA represents our institutional identity.

The removal of the word “Oriental” from our degree and even the name of our organization has been a long time coming, but why is that? To answer this question we must look into the history of the word itself. Where it originated and how it evolved over the course of two millennia.

The word “Orient” comes from the Latin oriens, meaning East. In fact the word literally translates as rising, and thus the Roman name for the East was a reference to the rising sun. This was common cultural phenomenon. The Chinese character 東 dōng is meant to represent the sun rising behind a tree, while Japan is referred to as “The Land of the Rising Sun”. 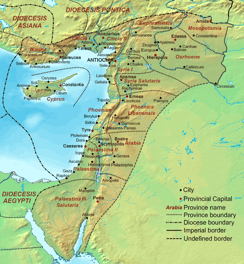 The association of the word Orient with a specific territory began in the Fourth Century AD when the Diocese of the Orient (Dioecesis Orientis) was established by Rome. The idea of the Orient as a reference to the Middle East remained cemented in place for quite some time. Even the famed Orient Express, which ran from 1883 to 2009, ended in Istanbul.

It was during the mid-1800s that the geographical meaning of the word began to shift, and the word Orient came to encompass India and to some extent China as well. By the middle of the 20th century the word was generally used as a reference to East and Southeast Asia.

What’s revealed by this is the Eurocentric nature of the word, referring to a location based on what is considered eastern by various cultures which have dominated Europe and later the Americas since the days of the Roman Empire, and by extension the people who live in the east.

While not as overt as other terms, the word took on increasingly negative connotations throughout the age of colonization, especially in the 19th century and on into the early 20th. For many the word is now forever tied to the racism of the age. In fact many western novels of the time depicted “Oriental” peoples and nations as backwards and savage in nature. “Oriental” women were often depicted as simplistic and hypersexualized while “Oriental” men were shown as meek, cunning, or downright barbaric. Pulp magazines such as Oriental Stories, published in the 1930’s, heavily reinforced these racist stereotypes. Artistic representations of the East did much the same.

The problematic nature of this was first discussed in the 1960’s, and in 1969 Karen Umemoto, director of UCLA’s Asian American Studies Center stated “Many of the stereotypes of Orientals and Orientalism was part of the project of imperialist conquest — British, and later, American — in Asia, with the exoticization of the Oriental as well as the creation of threat and fear, as evidenced in the yellow peril movement.”

From the 1970’s on the phrase “Asian-American” began to replace “Oriental” when speaking of Americans with Asiatic ancestry, and by 1980 the word “Oriental” no longer appeared on the United States Census. In 2016 President Obama signed a bill prohibiting the word “Oriental” in all federal documents.

It is with these negative stereotypes in mind, and the damage caused by them, that

AOMA along with the world of Acupuncture as a whole has moved away from the usage of the word. The medicine taught and practiced at AOMA comes not from the falsely depicted “backwards nations” of colonial fiction, but from the rich, vibrant cultures of Asia which were just as diverse and advanced (more so at times) as those of Europe. By shedding this burdened word from our lexicon we seek not to abandon the roots of Acupuncture, but rather to continue integrating this medicine into American society.