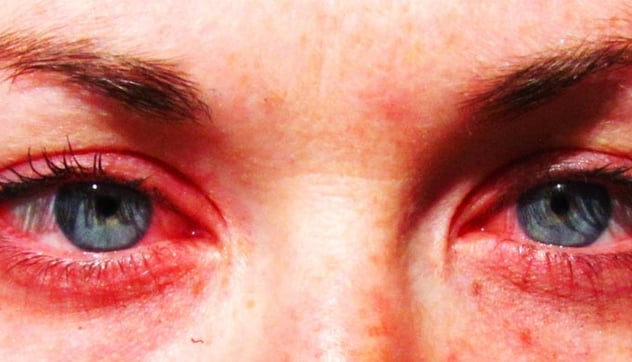 I’ve heard reports that this is the worst year for cedar fever on record, but somehow I’m managing to keep my symptoms minimal. Sure, I’ve had a few sniffles and occasional itchy eyes, but in comparison with people who are really suffering this year, I’m doing great! 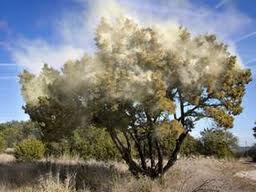 Being a native Austinite (I moved here from a family farm just outside of Georgetown in high school) I was pissed when I started getting allergies in college. I figured locals should be immune, right? Wrong! Back then the only way I knew how to cope was to take Sudafed which worked okay. I soon realized pseudoephedrine made me feel hyped up and anxious. I decided I’d rather suffer a few sniffles and coughing attacks and thus began my journey to find an alternative. [photo credit: KXAN]

Turns out I’ve figured out quite a few effective remedies and common sense practices to lessen the plight known as “cedar fever season” (which typically goes from about December to February).

Rinse inside and outside 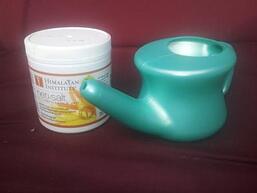 Many people know about the benefits of nasal irrigation. Some people just snort salt water up their nose from a bowl, but I prefer to use the neti pot. If you’ve never done it before, I promise it is not like getting water up your nose when you are swimming. It doesn’t hurt at all (unless you’re already really congested).  Using a neti pot works best as a preventative. You’re basically rinsing all of the pollens and pollution out of your nose and sinus cavities. I think it’s best to rinse in the evening, especially if you’ve been outside during the day. 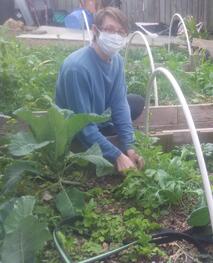 One more product I’ve been using is Xlear made with xylitol. This supposedly coats the inside of your sinus cavities and keeps pollens from latching on. Ideally, I would use Xlear before I go outside and neti at the end of the day.

Speaking of being outside, I know many folks who are suffering just avoid going outside. That’s one tactic. But it’s been so beautiful lately – that’s such a big sacrifice if you like the outdoors.  I rode my bike and worked in my yard this weekend for several hours but I wore a mask the majority of the time and I took a shower (and did the neti pot) as soon as I was done. If taking a shower isn’t a possibility, at least change clothes and wash your face to get the majority of the pollen off.

A few years ago my friend, who is an acupuncturist, told me to start taking a high quality probiotic. She recommended Dr. Ohhira’s which are expensive, but I think are worth it. One reason I like them is they don’t need to be refrigerated, so I can keep them out on the counter and actually remember to take them daily.

I’m not sure why probiotics help with allergies. I think it has something to do with the fact that “80 percent of your immune system is located in your digestive tract” [Dr. Mercola]. A strong immune system means your body can fight off allergens more easily. I can testify because the first year I took probiotics regularly, I had almost zero cedar fever symptoms. I was sold.

Side note: this could also be why I haven’t gotten that awful stomach bug that’s going around, even though I know I’ve been exposed to it.

I don’t know why so many western medicine folks still doubt the efficacy of homeopathy considering it is a similar principle to that of vaccines. Homeopathy treats like with like, using highly diluted substances to trigger the body’s natural system of healing.  Most natural food stores carry “cedar” (really juniper) homeopathic drops which you take under the tongue several times a day. This year I’ve been taking the one for cedar fever specifically, although they do make some that have a mix of trees in the region which can be helpful for folks who are allergic to other flowering trees year-round. 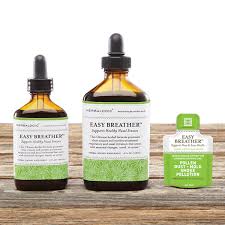 While I haven’t been as consistent with Chinese herbs this year, they have helped me significantly in the past. My usual regimen is to start taking the Jade Screen formula in early November to boost my immune system (wei chi). There is another formula that I think is considered to be similar to an antihistamine called Pe Min Kan Wan that my acupuncturist usually prescribes. By the way, most Chinese herbs require a prescription for a licensed acupuncturist/herbalist. An herbalist can help make sure you take the herbal prescription that is specific to your symptoms, whether they are runny nose, itchy eyes, congestion, or sinus headache. And while you’re there, you might as well get some acupuncture which can also help lessen symptoms and boost your immunity. One formula that you can get over-the-counter in most natural food stores/pharmacies in Austin is Easy Breather (actually developed by some AOMA alumni).

Okay, time to come clean. While I’ve been using all these “alternative” treatments, I have also been taking cetirizine, more commonly known as Zyrtec. I know everyone reacts differently to over-the-counter antihistamines, but this seems to be the one that has the fewest side-effects for me personally.

So, why am I doing all these other things if I’m taking a western drug? I honestly don’t think it would do the trick. I’m trying to give my body a fighting chance. That’s why I’m also exercising, drinking nettle tea, local honey, and getting lots of sleep.

Salud! To your health!

Sarah Sires Bentley worked as the director of community relations at AOMA. She oversees the marketing department for the institution, including the website, social media, and blog. Sarah is not a licensed practitioner. This blog post is for entertainment and educational purposes only and is not intended to diagnose or treat any disease.